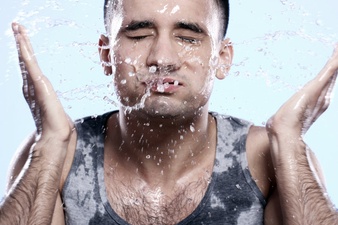 You also want your massage oil to be something that you use only for erotic massage. You want to get to the point where you can take a whiff of the oil and have your body ready to rumble. You want to walk into the room the next day, catch the merest leftover scent of the massage oil, and smile at the memory of what you did in that room the night before. You want to put one small drop of that massage oil behind your ear so that when you and your partner are out on the town, at a party or a business meeting, maybe in a restaurant, he’ll catch the scent as it wafts past him, and drive him insane until he can get you alone. Lubriderm cream is not going to do that for you!

But let’s back up a bit here, take a step back and look at the bigger picture.

Oils and aromatherapy have been around for a long time. Just look in the Bible. Remember when Mary Magdalene anointed Jesus’ feet? Not only was she applying essential oils, but was doing so through massage. Mary knew the power of massage. It’s a way to relax, relieve stress, show interest, and “rev the motor”, so to speak.

Oils have been around a lot longer than Biblical times, though. About 2700 years before the birth of Christ, the Chinese were using herbs and burning oils.

In India, practitioners of Ayurveda, a form of medical therapy, employed the use of aromatherapy and massage. Greeks used oils for aromatherapy, cosmetics, and medicine. Romans utilized the oils after baths, and the Aztecs had a vast array of herbs and plants. In 980 AD, in the Far East, the art of distilling alcohol led to the development of more modern-day perfumes.

I believe it wouldn’t be too far-reaching to say that nearly every culture at one time or another took advantage of nature’s resources and used oils and massage.

How Do They Work?

Essential oils work in several ways. First, and probably most obvious, is the scent. The nose is an incredible organ. Ever notice how a fleeting aroma wafting across the street can take you back in time 20 years, to when you first encountered that smell? You can recall that instant in time in vivid detail; much more detail, in fact, than a photograph could bring back. Have you ever encountered a scent that reminded you of a particular person? Have you ever found yourself attracted to someone and not known why only to find out later it was the scent he or she was wearing that aroused your interest? There are good reasons for that. The nose is directly hardwired to the brain.

When a scent is inhaled, the particles of the aroma are picked up by nerve endings at the back of the nose. The signal is then passed up to the brain, specifically to the limbic system.

The limbic system is the home to the hypothalamus, which in turn houses the pituitary gland. The pituitary gland, among other things, is responsible for hormone release. See where I’m going with this?

There are different neurochemicals that are triggered by smell and cause mood changes. The first one is familiar to just about everyone- endorphins. Endorphin is the body’s natural high. Endorphins are most commonly associated with pain control. Everyone has heard of the person who is shot and doesn’t know it, or the person who has broken a limb and feels no pain. Thank the great hormone endorphin for that! Endorphins are actually stronger than morphine, which is probably why the word breaks down as “endo”, which means “within”, and “phin”, which means “morphine”; literally the word means “the morphine within.”

But pain control isn’t the only job of endorphins. Elevated levels of this hormone is seen after exercise and sex, as well. It’s associated with feelings of invincibility, satisfaction, calmness, and attunement with the body.

The other neurochemical triggered by smell is serotonin. Serotonin is a calming hormone. It is associated with sleep, mood, locomotion, feeding, and anxiety.

Is it any wonder that aromatherapy is a great way to relax, calm, and entice?

So, now the nose has picked up on the scents of the oil and has triggered a mad rush of hormones through the body. That, you may say, is a temporary state. One could get used to the scent of the oil and it will have less impact, or over the course of an evening, the effects of the hormones will dissipate. But there’s more. The oils are also absorbed in the fat cells, and when essential oils are used in massage, whether erotic or not, the medicinal components of the herbs are also availed. Combine that with the effects of the massage itself -stimulation of circulation and heat production, not to mention relaxation of tense muscles – and you have an excellent vehicle through which to completely spoil your partner with luxury. 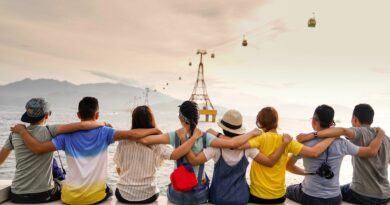 How the Barbarian 5E Ranger and Rogue Can Work Together 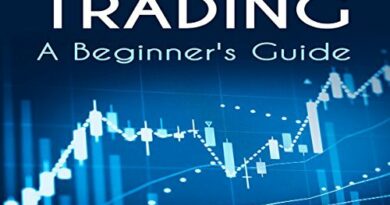 Single Stocks CFDs and MT4: Are they compatible?